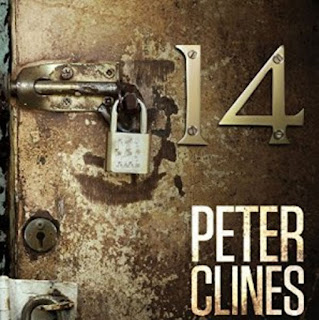 I'm not a huge fan of urban horror, but when it is done well I really enjoy it (such as Buffy the Vampire Slayer and the MTV Teen Wolf series). I also love science fiction. Peter Clines has managed to craft an excellent story that straddles both genres while providing a great mystery, interesting characters, and a compelling story. Not an easy feat.

14 is science fiction, urban horror novel written by Peter Clines that incorporates the worlds of HP Lovecraft into a modern horror story with a little Tesla science fiction for good measure. It tells the story of an apartment building and its tenants' attempts to solve the mystery of the building. It's available in all formats: eBook, Audiobook, and those old-fashioned paper book things.


The Writing. Peter Cline is an excellent writer. The writing is crisp and clean. It never talks down to the reader nor does it ever become pretentious trying to show off. It never gets in the way of the story.

The Characters. This book has several interesting characters that are entertaining on their own, but when they get together they have really good chemistry. When characters die during the course of the story, I found myself caring.

The Setting. The story centers around an apartment building and the mystery of its construction and maintenance. The author paints the building as a seemingly normal apartment building like any other, but when the characters start to take a closer look, they see something sinister hiding in the corners and shadows, but it wasn't even close to what I thought it was going to be.

The Mystery. From the first chapter, strange things happen and they continue to happen with the mystery adding two questions for every answer it gives, and the mystery isn't solved until almost the end. It kept me at the edge of my seat wondering what it all meant.

The Twist. After the first few chapters, I was expecting a certain type of story, but I was truly surprised by the twists the story took. I didn't see any of them coming, but at the same time none of them felt like cheats. They made sense and I completely bought them.

Tesla Cliché. Nikola Tesla was very famous in his day, but during the latter half of the twentieth century sunk into obscurity until the 2006 film The Illusionist put him back on the world's radar. I love Tesla and all the amazing things he did. I love Tesla stories. I just feel he's getting to be a little clichéd in today's world. This story took a different enough approach that I didn't think to myself, "Oh, no, not this again." It wasn't as fresh as I would have liked, but still different enough to be mostly unique.

Ray Porter. I listened to this as an Audiobook narrated by Ray Porter. Ray Porter is one of my favorite narrators. I actually seek out and buy books he narrates even if I know nothing about the author or subject matter, because his reading is that good.


14 is an incredibly well-written science fiction, urban horror novel with interesting characters, and intriguing mystery, and several twists. I couldn't put it down. I highly recommend it and give it a solid 5 out of 5 eReaders.