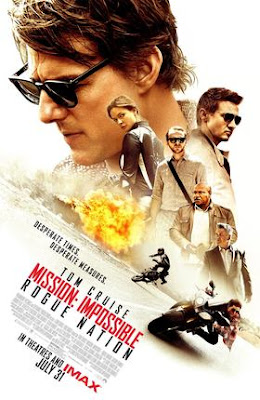 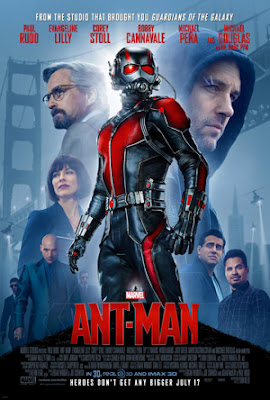 I've been an Ant-Man fan since I first discovered the character in the pages of a reprint of The Avengers comics from the 1960s by Stan Lee and Jack Kirby. I thought he was a really interesting character with fun adventures, but I never imagined he could carry his own movie. And I was sort of right.

Marvel's Ant-Man is a 2015 sci-fi, action, adventure, comedy, superhero, heist film based on the Henry Pym and Scott Lang versions of Ant-Man. It's rated PG-13 for language and few intense scenes. It's appropriate for most ages.


Comedy. I think what makes Marvel movies stand out from every other movie is the intelligent humor they pack each film with. This movie is no exception. There are original jokes from the beginning to the end that add to the story and character development and aren't the same old jokes we've heard a million times.

Characters. The characters are all really interesting (minus the main villain) and well developed. I genuinely cared for all of them and wanted to know what happened to them. Even the cameos that appeared on screen for just a minute or two had character and personality. Well done, Marvel. Well done.

Action/Special Effects. The action was fun, and the use of the shrinking power was handled really well. The shrinking power was used in a clever way that made Ant-Man a unique hero. The special effects were not just another Honey, I Shrunk the Kids, but had their own style and flair. There was lots of action, but it didn't take over the film like in Avengers: Age of Ultron.

Cameos. It was nice seeing Howard Stark and Peggy Carter at the beginning of the film to tie this into Marvel's history and put Henry Pym in his proper place as a key figure and brilliant scientist. And the fight with Falcon was fun.


Villain. The main villain is little more than a bad caricature of Jeff Bezos, the CEO of Amazon.com. He might as well of had a thin mustache to stroke while tying young women to train tracks. Usually Marvel villains are misunderstood and genuinely believe they are the good guys, but in this film the bad guy revelled in how bad he was.

The Heist. This film is little more than a heist film, and it's a pretty typical, predictable heist. From Marvel I was really expecting a fresh take, and I didn't get that.

Twists. One of the interesting things about heist films is how things don't go as planned and unexpected twists come up. Maybe I've just read too many comic books or watched too many movies, but the twists in this film I saw from a mile away. Nothing was a surprise, not even the two codas during and after the credits or what happened to the original Wasp.


I wish this had been more than a heist movie. There so much more that could have been done. There have been several characters who have worn the suit and called themselves Ant-Man, but Henry Pym in the 60s battling spies was by far the most interesting, and that's really what I was hoping this film would be. The heist approach was fine if it had had some really intriguing twists or a wholly original take, but it didn't.


Marvel's Ant-Man is  a solid, entertaining flick. It has the heart and humor we've come to expect from Marvel films. I highly recommend this film and give it a solid 4 out of 5 popcorn boxes.