Book Review - A Matter of Will by Adam Mitzner 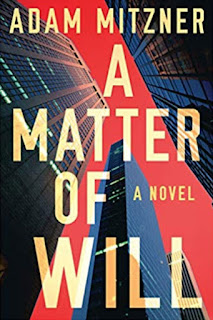 I'm a big fan of mysteries, but it's hard to find one with a twist I don't see coming but should have.

A Matter of Will by Adam Mitzner is a mystery book with a little romance on the side. It is available as an eBook, Audiobook, and those paper things your grandparents used to read.


Mysteries. This book has several mysteries that are all well thought out and engaging.

Characters. The author has created several really enjoyable characters that the reader will feel invested in and care about what happens.


A few important points worked out just a little too smoothly making the characters feel just slightly less real than they could be.


A Matter of Will by Adam Mitzner is a great book filled with several well-constructed mysteries (one I didn't see coming),  enjoyable characters I felt invested in, an interesting story and plot, and strong writing and pacing that I couldn't put down. I highly recommend this book and give it 4.5 out of 5 eReaders. 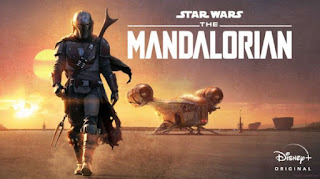 I am a huge Star Wars fan and always wanted more adventures beyond the movies. I've read the books, comic books, watched the tv shows, and sat thru the four Disney-made movies, but none of them have satisfied me or felt like Star Wars. But when I hear Jon Favreau was behind this new series, I thought there might be a chance for it to be good.

The Mandalorian an 8-episode 2019 Disney+ original series based on Star Wars by George Lucas. It takes place five years after Return of the Jedi. It is rated TV-PG and is appropriate for most ages.


Storytelling. The storytelling is the strongest aspect of this show. The way the story is told is masterfully done and is what makes this such a great show.

Characters. The characters are all instantly likable even though we know so little about them, especially the Mandalorian himself. The way the show is shot, we feel like we are inside his head experiencing what he is experiencing. And I love how minor characters from previous Star Wars films have been included with a larger role instead of invention new, uninteresting aliens.

Feels Like Star Wars. This series feels like Star Wars, which is really rare for anything George Lucas wasn't directly involved in.
Story. The story is really strong and tight and holds your attention.

Action. There isn't a lot of action, but what little there is is very enjoyable.


Pacing. The show moves at a very slow and deliberate pace and provides a lot of "quiet time" and "white space".

Content. The episodes feel a little sparse when it comes to content. They are 30-40 minutes each, but only contain about 18-22 minutes of actual story.


I wish more happened in each episode. The shows are very decompressed with a lot of "quiet time" and "white space". 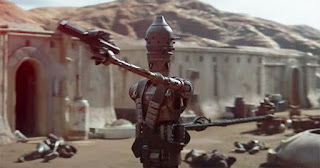 
The Mandalorian Episodes 1 and 2 are masterfully done with incredibly strong storytelling, great characters, pretty decent action, a great story, and--best of all--it feels like Star Wars, something none of the four movies Disney have put out has managed to do. The pacing is a little slow with too much "quiet time" and "white space", and the first two episodes were a little thin on content. But overall the first two episodes have been great, and I can't wait to see the rest of the series. I highly recommend this show and give it 4.5 out of 5 remotes. 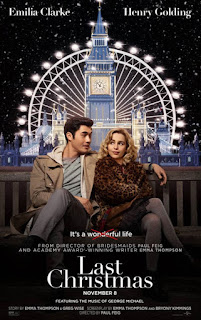 I really like Christmas films as a genre, but there are a lot of bad ones mixed in amongst the good and mediocre. Sometimes the Christmas spirit is enough to make a mediocre film enjoyable, and sometimes nothing can save a film.

Last Christmas is a 2019 romantic Christmas film based on an 80s song. It is rated PG-13 for language and adult situations and is appropriate for teens and up.


Twist. This film has a very interesting twist that you almost never see in this kind of film. It was a nice surprise, but one I guessed about 20 minutes before the big reveal.


Pacing. This film is a little slow and drags in places.

Likability. The characters in the film aren't all that likable, especially the main heroine who makes many bad choices that alienates nearly everyone in her life. It's hard to feel sympathetic for her or root for her.

Political Message. At the end of the movie they shoe horn in a lesbian relationship that isn't even hinted at before and does nothing to advance the plot or add to the story. It isn't even very long and feels like an afterthought.


I wish the characters had been more likable and the comedy funnier.


Last Christmas is an entertaining movie with an interesting twist that was unexpected in this kind of movie. But the unlikable characters and slow pacing will keep this from becoming a classic. And the shoehorned political message at the very end felt very forced and had nothing to do with the rest of the movie, nor did it affect the story except to slow it down. I give this film 3.5 out of 5 Boxes of Popcorn. 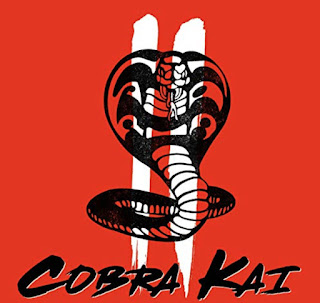 I loved the first season of Cobra Kai, and could barely wait for the next. But would it live up to my expectations

Cobra Kai Season 2 is an 10-episode 2019 YouTube Originals series based on The Karate Kid film and continuing the story three decades later. It is rated TV-14 for language and is appropriate for tweens and up.


Story. The story continues right where the first season ended and introduces several great new elements while continuing the stories already begun in the first season. The writing is just as good.
Action. This season offers one of the best fight scenes in cinematic history at the end of the season and beginning of a new school year.

Cliffhanger. This series ends with several cliffhangers, only one we know how it will be resolved.


Cobra Kai Season 2 continues to be one of the best shows I've ever seen. It continues the story of The Karate Kid in a perfectly logical, relevant way being true to the original but brining in so many new elements that all fit. The pacing is perfect with each character given the appropriate amount of time to see his or her story progress and interact with the others. There is a lot of drama, conflict, and misunderstanding along with great action, comedy, and romance. This season introduces several new elements that fit into the existing storyline perfectly and sets up the third season in a big way. I highly recommend this show and give it 5 out of 5 remotes.