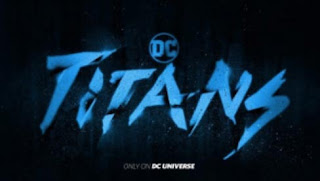 So far, Titans has been an excellent series easily rivaling what Marvel has put out.


Characters. Brenton Thwaites continues to nail the post-Batman Dick Greyson character. In this episode the others characters are finally starting to be fleshed out and become interesting.
Story. This episode presented the origin of Robin and more of Starfire and Raven's backstories. Their inclusions were very organic and added to the overall story.

Pacing. The pacing was very methodic. It was slow but didn't feel slow. Instead every element of the story was given an appropriate amount of time to breathe and develop.


Politics. This episode paints the traditional family in a bad light, which is pure propaganda and socially irresponsible.


Origins, the third episode of Titans (2018) continues to meet my expectations. The cast is perfect, the story had room to breath and develop, and the story continues to unfold at a great pace. I give this show 4.5 out of 5 remotes.

The first episode of Titans was solid, and the the second featured Hawk and Dove which both looked like cool versions of their comic book counterparts, so I was pretty excited for episode 2.


Dick Greyson. Brenton Thwaites continues to nail the post-Batman Dick Greyson character both as Dick and as Robin. The romance is believable. He makes a convincing police detective. And the fight scene where Robin saves Hawk and Dove is classic!
Story. This episode presented a complete, stand-alone story that introduced several characters, their relationships, and a beginning, middle end. And it fit into the larger story.

Pacing. The pacing was very methodic. It was a little slow but didn't feel slow. It felt like every element of the story was given an appropriate amount of time to breathe and develop.

Hawk & Dove. The actor and actress cast fit the roles so well and had the appropriate chemistry with each other and with Robin. I can't wait to see their spinoff series.


I had to wait a week for the next episode.


Hawk and Dove, the second episode of Titans (2018) was as good as I was hoping the series would be. The cast is perfect, the story had room to breath and develop, there was a complete story in this episode, and the action at the end was great. I give this show 5 out of 5 remotes.

I've never been a fan of the Teen Titans in the comics or cartoons, but I was curious how they would adapt them in live action knowing the producers planned a diametrically opposite approach.


Dick Greyson. I really enjoyed the character of Dick. The actor they hired and the way he was presented was interesting and the best part of the episode. He feels like the character in the comics and like he has a lot of aspects of his character and life to explore.
Mystery. This episode presents an interesting mystery that made me want to watch more episodes.

Story. The story in the pilot is fairly solid and brings the characters together in a logical, organic way.

Raven and Starfire. So far, neither of these characters is interesting or compelling, nor do either seem anything like their comic book versions.

Dark. This episode is very dark, and not in a grim way. It's visually dark and hard to see anything, even during the middle of the day.


I wish there had been more action and more happen. The pacing felt deliberately slow like the film makers were trying too hard to make this feel dark and gritty and important with dramatic pauses instead of actual content.


Titans (2018 pilot) is off to a good start. It's not Marvel and Netflix's Daredevil good (which is what I think they were going for) but it is well casted, well acted, has a solid story so far, and in intriguing enough to make me want to watch the next episode. The Dick Greyson character was especially interesting and well done. I give this show 3.5 out of 5 remotes. 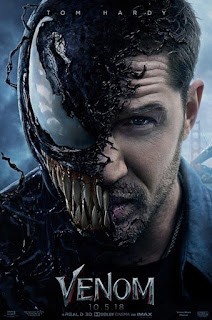 I'm a big comic book fan, but I'm not a Venom fan. But for some reason when I heard about this movie, something compelled me to see it, and I'm glad I did.

Venom is a 2018 horror drama superhero movie based on characters appearing in Marvel Comics. It is rated PG-13 for language, violence, and terror and is appropriate for teens and up.


Story. This film had a solid story. It was very clear, very linear, and made sense.

Action. The action was really exciting and fun to watch. It was unique to Venom and his powers.

Terror. This film was shot as an R-rated horror flick and then released as PG-13. It has the drama and intensity of an R-rated flick as well as several scenes of terror and horror minus the gore. It was quite thrilling to watch.

Humor. This movie is by no means a comedy, but once Venom combines with Eddie, there are some funny moments that are expected but very clever and unique--they could only happen in this movie.


Beginning. The beginning was a little slow and prosaic.


I wish the line between good guys and bad guys hadn't been so clear and obvious. The film would have benefitted from rounding out the villains a little more.


Venom was a surprisingly enjoyable movie. It had a solid story, action unique to the characters, and humor that would only work in this movie. The filmmakers crated a rather terrifying horror flick with superhero elements that wasn't filled with gore or other disgusting and unnecessary elements. I give this film 4.5 out of 5 boxes of popcorn. 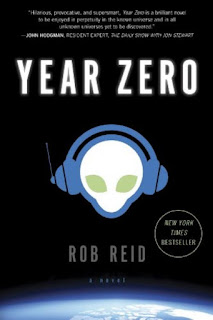 I love satirical science fiction stories, but there have been so many written, it's hard to find one that feels fresh and new and clever. Hard, but not impossible.

Year Zero by Rob Reid is a satirical, comedic, science fiction legal thriller. It is available as an eBook, Audiobook, and those paper things your grandparents used to read.


Writing. The writing is good clean prose that moves at a great pace that never rushes the story nor feels sluggish.

Concept and Execution. The idea of using copyright and music file sharing as the basis of a space opera-type story was one I hadn't heard before. It was a good, original idea that the author executed brilliantly.

Characters. The characters, the alien species, the galactic organization were all well thought out, interesting, and well developed. I cared what happened to everyone, how the problem would be solved, and how that would affect all parties involved.

Alien Technology. One of the fun things about science fiction and space operas is the opportunity to invent new alien technology. Coming up with something believable, likely, and interesting is a challenge these days, but the technology introduced int his book fit all three criteria.

Social Commentary. Of course there is a healthy dose of social commentary. This is a hard balancing act to present something clever, witty, but not mean spirited or two political. Other than claiming the moon landing was faked (seriously, if you're dumb enough to believe it was faked you're not smart enough to get the jokes), the author did a good job making insightful comments on everything from copyright law, penalties for music sharing, to Windows.

Narration. The narration was good, but it wasn't great. It was a little too dry for this story.


I wish they would have better explained why North Korea was left out.


Year Zero by Rob Reid is a clever, witty, legal thriller about copyright laws and music piracy disguised as a science fiction book. It is well written, well paced, and contains interesting characters and an interesting galaxy with its own peculiar set of laws and customs. I give this book 4.5 out of 5 eReaders.