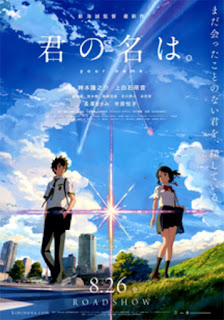 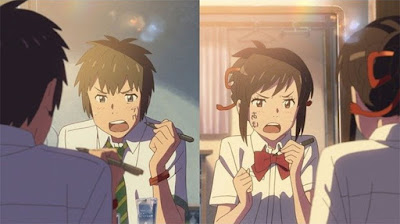 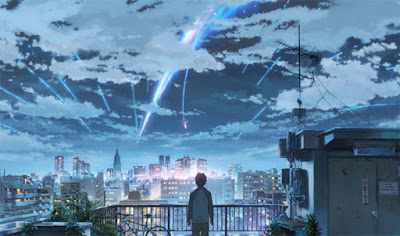 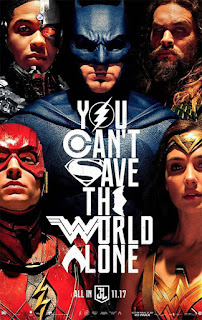 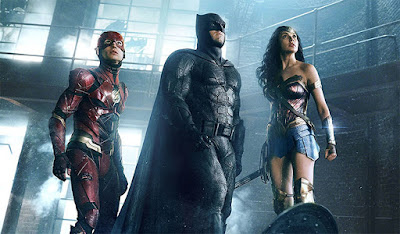 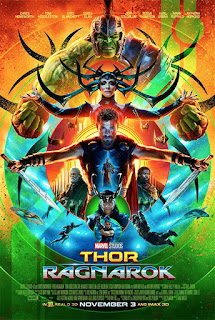 I really enjoyed the first two Thor movies and felt they were two of the strongest entries in the Marvel Cinematic Universe (I know there are many of you out there with opinions to the contrary, but I think a couple of decades of time will change your opinions), and I loved The Incredible Hulk movie. So I really excited for the latest Thor film prominently featuring the Hulk. But would it live up to my expectations? Was I setting myself up for disappointment?

Thor: Ragnarok is a 2017 superhero, action, adventure film from Marvel Studios featuring characters by Stan Lee, Larry Lieber, and Jack Kirby. It is rated PG-13 for language, some sexual jokes, and violence. It is appropriate for tweens and up.


Chris Hemsworth. Chris does a great job portraying the God of Thunder. He's very likable, serious when he needs to be serious, and is very powerful in this role demanding attention like a Norse god should.

Planet Hulk scenes. I enjoyed the Planet Hulk animated movie from a few years back, and thought the producers did a great job integrating that with Thor and making it feel like both stories belonged in the same movie. And the scenes were fun, entertaining, visually delightful, and funny. This was without question the best part of the film. 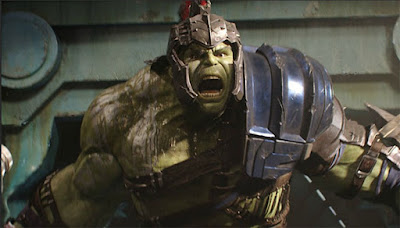 
Plot and Pacing. This movie was thin on story and dragged until they reached the Planet Hulk scenes.

Hela. The villainess Hela was supposed to be this all powerful goddess of death that couldn't be stopped. Instead she was this shallow, prancing, two-dimensional character that was all talk and very little action. She just wasn't strong enough to provide real menace, nor interesting enough to be memorable.

Special Effects. I'm not sure if it is the director, the producers, or the special effects houses dropping the ball, but this movie felt very cgi and very cheap video game like. The leaps, flying, and fighting all looked badly rendered and cheaply put together. It took away from the film.

Humor. This movie had the usual Marvel movie jokes, except they weren't that funny. Every one you saw coming, and none were impeccably delivered.

Music. This film had some good music, but there were several different styles that didn't mesh well together, and several of them didn't fit the mood or feel of the film. I found myself conciously noticing the music, which you should never do. It should seamlessly blend with the visuals and other audio for a complete experience that you don't notice.

End Credit Scene. I don't expect a lot from the end credit scenes these days. The early ones always revealed something cool, but lately they've been desperate. The end credit scene for Thor: Ragnarok scraped an all new low that makes bottom of the barrel look elevated. Don't waste your time sticking around for it. 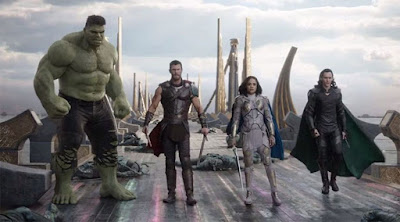 
I would like to have seen more originality instead of following the Marvel Movie Formula so closely. Thor is a unique character with a unique backstory different than most superheroes that gives you options to break out of the Marvel Movie Mold and do something new. I also wish the villain had been stronger and that they had shown more Planet Hulk scenes.


Thor: Ragnarok is an entertaining film that continues the story began in earlier films and advances the characters and the story to the next chapter. The Planet Hulk scenes were so much fun and so entertaining and by far the best part of the film. The villainess Hela was weak and not a serious challenge. I give this movie 3.5 boxes of popcorn out of 5. 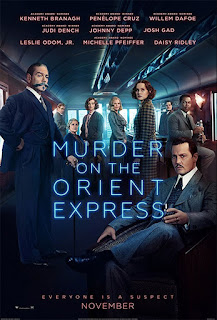 I am a huge fan of murder mysteries and the early Twentieth Century, so when I saw the trailer for this film, I said to myself, "Self, you should go see that."

Murder on the Orient Express is a 2017 murder mystery film based on the novel of the same name by Agatha Christie staring Hercule Poirot. It is rated PG-13 for mild violence and suspense and is appropriate for tweens and up.


Kenneth Branagh. Kenneth Branagh brought Poirot to life. He captured the brilliance and superior brain power of the character without making him unlikable or superhuman. I could watch another dozen movies with him in them.

Michelle Pfeiffer. Michelle Pfeiffer is one of the greatest actresses to walk the face of this planet. I don't know why she isn't staring in more films. She gave such a strong and varied performance that sent chills down my back and made me feel for her.

Art Direction. This is one of the most visually stunning films I have ever seen. From Istanbul to the steam locomotive, everything looked like a painting come to life. When I imagine the 30s or listen to old radio broadcasts or read pulp fiction from the early 20th Century, this is how I imagine it looks. The visuals alone make this movie worth watching.

Cinematography. This movie was beautifully shot with really well thought out camera angles, movements, and cuts. Watching this movie is like watching a master class in how to shoot a well-crafted film.

Music. The music did not feel old, yet it felt appropriate for the period. It was classic in that respect. 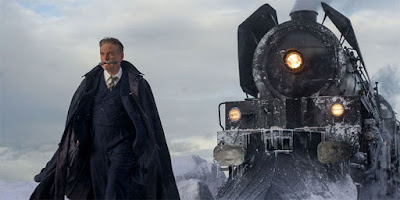 
Expected. If you've ever read the book or seen any of the earlier adaptions, you know who the killer is so there isn't the suspense or tension of most murder mysteries. Also, this film played out exactly how you expect it to, so that made it a little less interesting than it could have been.


I with there had been more character development. The film was filled with very talented actors and actresses that didn't have the opportunity to show how great they were. Those that did get sufficient screen time really shined. 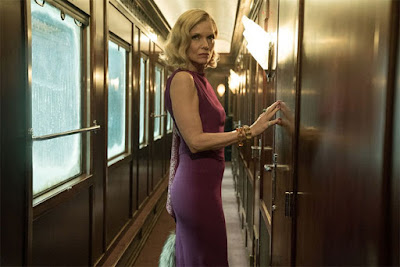 
Murder on the Orient Express was a beautifully shot film filled with some of the best acting I've seen in years. The film is so well directed, constructed, and shot that watching it is basically a course in how to masterfully craft a movie. The story is pretty straight forward with the revelation of whodunit not much of a surprise. I give this movie 4 out of 5 boxes of popcorn.