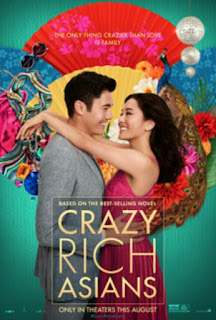 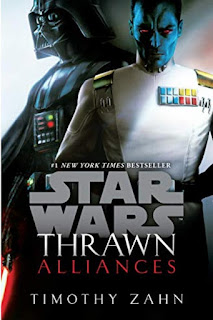 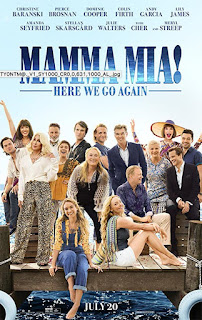 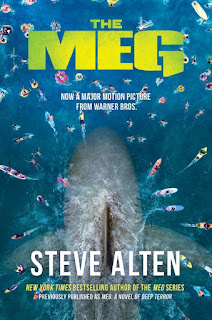 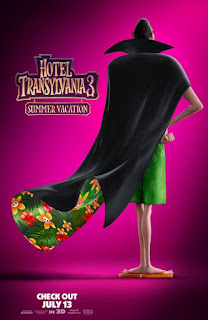 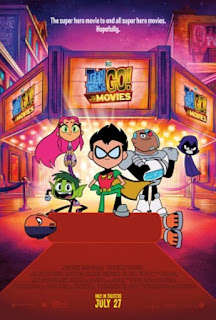 Unlike a lot of comic book fans, I actually like the idea of Teen Titans Go! even if I don't think all the jokes are that funny or all the things they try are that successful. I'm impressed how they've managed to have a new episode every week for years. I was curious what they would do for a major motion picture, whether they'd step up the game in all areas, especially the story and cleverness.

Teen Titans Go! To the Movies is a 2018 animated superhero film based on the tv show based on the DC Comics characters. It's rated PG, but is appropriate for all ages.


Art Direction. The film looked really nice. The animators definitely stepped up their game on the backgrounds and animation. The fight scenes also were bumped up a notch.

Inclusion of the DC Universe. I really like how many characters were included, even obscure ones like the Challengers of the Unknown. I wasn't a fan of the voices they used (sorry, Nick Cage, but you are no Superman), but I did like the roles they played.

Story. The story was really fun and filled with a lot of stuff that held my interest, provided a lot of variety, and covered a lot of different ideas to keep the action from getting stale.

Jokes. There were a lot of bad jokes, but there were also several good jokes, references, and commentary. I liked the Stan Lee cameo parody,the inclusion of Marvel and Mirage comic characters, and the references to other movies.


Aimed at Young Ages. This movie was definitely aimed at a very young audience with a lot of low level jokes and uncomplicated plot. I with they had included a little more for the adult viewers.

Not Super Clever. They had some clever ideas, but none of the ideas reached the level of brilliant, which I've come to expect in kids' movies.


I wish this movie had been more clever like The Lego Batman Movie, Marvel movies, Dreamworks films, and other films aimed at the whole family.


Teen Titans Go! To the Movies was better than I thought it would be. There were some great jokes, clever ideas, nice nods to other movies, good looking animation, and a story filled with a lot of variety to keep things interesting. This film is aimed at a young audience and isn't as satisfying for older viewers as other family films, but it's still very entertaining and fun. I give it 4 out of 5 boxes of popcorn.