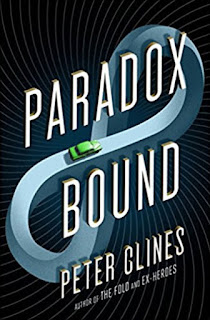 The first book I ever read by Peter Clines was really good, and the next one blew me away. I kept reading more and more by this author until I got to his Ex-Heroes series that was so awful I didn't dare read anything more from this author. This book had been in my wish list for a long time, before I decided to give it a chance.

Paradox Bound is an time travel mystery adventure. It is available as an eBook, audiobook, and those paper things your grandparents used to read.


Characters. The characters were so distinct, well developed, and likable, even those that appeared briefly.

Original Take on Time Travel. I love time travel, but most of the time it's the same half dozen stories being retold. This was a fresh and clever take on the idea that I've never seen done before. And yet it makes so much sense that I can't understand why I haven't seen it before.

World. The author creates a really wonderful world with clearly established rules he never breaks. Exploring the world was a lot of fun.

Twist. I never saw the twist at the end coming even though it was foreshadowed and made perfect sense.

Ray Porter. Ray Porter is a master of reading audiobooks. I buy audiobooks just because he reads them, and even mediocre ones he elevates to pretty good.


Paradox Bound by Peter Clines is pure perfection. It is one of the best books I have ever read. The characters are all so distinct and so likable. The original take on time travel was both refreshing and clever. The twist at the end I never saw coming even though it was foreshadowed and made perfect sense. I give this series a solid 5 out of 5 eReaders. 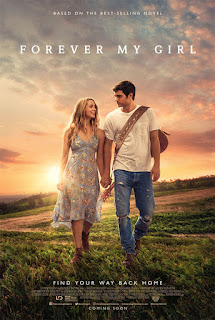 Forever My Girl is a 2018 romantic drama based on a book. It is rated PG and is appropriate for most ages.


A young man leaves his wife at the alter for a country singing career. Eight years later he comes home for his best friends funeral, meets his ex- fiancée and their daughter. Romance, comedy, and drama ensue.


Acting. Everyone does such an excellent job playing their parts. You feel like you are watching real people and not actors and actresses playing a part.

Chemistry. All the characters have great chemistry. There is great romance between the two leads, great feeling of family between the father and newly discovered daughter, and great father-son conflict and resolution between the lead and his father.

Romance. The romance was really well handled. It wasn't melodramatic or over the top, and there wasn't too much of it. When it did appear, it felt earned and realistic.

Comedy. There isn't a lot of comedy in this movie, but the funny parts are laugh-out-loud funny. They really pack a punch.

Story. This film has a solid story that is well told. The pace is very gentle and could be a little faster, but I never felt bored or confused or cheated by a too-convenient twist in the plot. 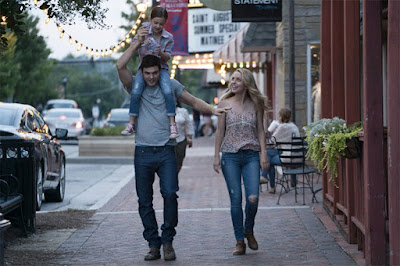 
No Surprises. If you've seen the trailer, then you know what you're getting with this movie. It plays out just like you expect it would, which isn't necessarily bad unless you were expecting more.


I wish there had been a little more struggle. Everything was resolved just a little too easily with minimal resistance. It cheapened the ending. 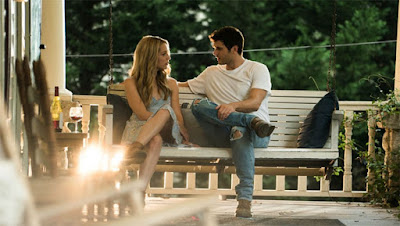 
Forever My Girl delivers exactly what the trailer promises--a solid, enjoyable, romantic drama with great acting, great chemistry, some very funny jokes, and a heartwarming ending. There aren't any surprises, but the film is so well crafted it doesn't detract. I give this film a solid 4.5 out of 5 boxes of popcorn.