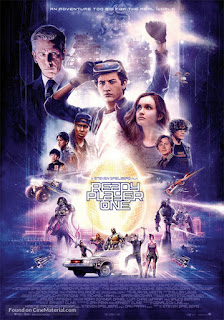 Ready Player One is a 2018 science fiction action film based on the book of the same title. It is rated PG-13 and is appropriate for tweens and up.


Action. The action in this movie is great! It's exciting, it's fast paced, and there is the right amount of it.

Pacing. This movie has a great pace. I never found myself getting bored nor getting lost. It moved quick enough to hold my interest but slowly enough I understood what was going on.

Visuals. This movie is beautifully shot with eye-popping visuals. Both the real world and the fantasy world are a treat to behold.

Story. While the movie isn't as fleshed out as the book and the stories aren't as well developed, it is still a solid story that introduces interesting characters and you get caught up in the quest. 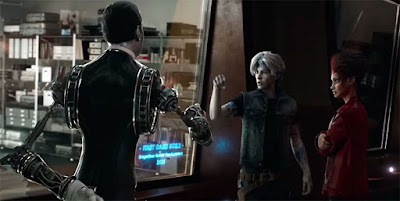 
Puzzles are too easy. There were two really fun aspects of the book. The first was the puzzles the characters had to solve. They took a lot of thought and obscure knowledge of early video games and 80s nostalgia. The puzzles in this movie are completely different and very simple to solve.

No Nostalgia. The other fun part of the book is the 80s and early video game nostalgia. This movie instead uses random, unconnected pop culture references that while fun to see don't make any sense together or evoke any era of nostalgia.

Weak Villain. I'm not sure what the filmmakers were thinking. The main villain is a laughable, bumbling, cartoon character who would never become the head of any major corporation or present any real menace or threat. It took away from the conflict and made the quest seem too easy.


I wish there had been more video game references and more 80s nostalgia like the book. 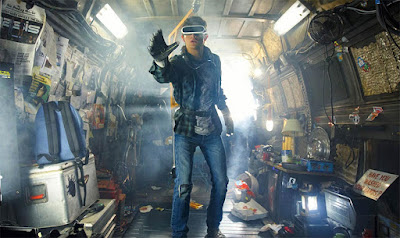 
Ready Player One is an exciting science fiction action flick with great action and great visuals. The filmmakers did an excellent job squeezing the essential elements of the book into a film without making it feel rushed or incomplete. The challenges are solved fairly easily and the villain was a laughably incompetent cartoon character which made the stakes seem low and the threat not very threatening. And the film lacks the nostalgia of the book. What pop culture references they do make appear too briefly and too randomly to really enjoy. I give this film 4 out of 5 boxes of popcorn.