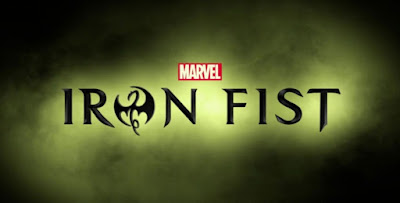 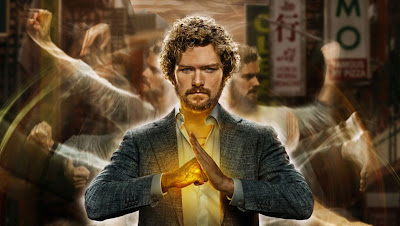 When Netflix first announced they would create a series of original mini-series starring Marvel characters, I was excited for only two of the four characters announced: Daredevil and Iron Fist. I was pretty upset that I had to wait years since Iron Fist was the last one to debut, but I figured it would be worth it. Oh, Netflix, why? Why?

Marvel's Iron Fist is a 13-episode Netflix original series based on the Iron Fist character in Marvel Comics. It is rated TV-MA for a few brief scenes of gore, but otherwise is pretty PG.


Story. This series actually has a pretty story, it's just badly told. But I was hooked enough to finish this in three days.

Joy and Ward. The brother and sister duo who run Rand are the most interesting characters in the show and actually show a lot of range and go thru a lot of changes. Both the characters and the acting are actually really interesting.


Pacing. The biggest problem with this series, and probably the reason so many people are hating on it, is the sloooooooow pacing. The first two episodes could easily have been wrapped up in one episode without losing a single thing.

Fan Film Quality. The second major problem that has most people upset is the low quality. After the masterpiece that is Daredevil, fans expect a similar quality. Jessica Jones and Luke Cage were both let downs and not in the same league, and this was another rung down the ladder. The acting was stiff. The dialogue was amateurish and too wordy. The fight scenes were few and poorly executed. The storytelling was weak. The direction was not at a professional level. The cinematography was disappointing. It really felt like a couple of high school buddies went out behind one of their houses and shot this in a weekend.

Weak Source Material. There is a reason Iron Fist is not one of the main character in the Marvel Universe and why he hasn't had a long running series. He just isn't that interesting. There aren't that many good stories to tell with him. He works much better as a minor character in someone else's story.

Cry Baby Protagonist. It really annoyed me how petty and easily angered Iron Fist was. He encountered the smallest obstacle and suddenly he flew into a violent rage. And his confidence swung from ridiculous bravado to a loss of all hope with no degrees in between. Not what I want to see from my heroes.

Power Constantly Shorting Out. One of the really cool things about superheroes that sets them apart from every other genre is their superpowers. I love to see the powers, I love to see what unique and clever ways characters come up with using those powers. I don't like seeing powers on the fritz for the entire 13 hours. Why even bother having them if that's what you're going to do? It didn't add to the story or the character.

No Costume. Iron Fist has one of the few comic book costumes that could be directly translated onto the screen and both look cool and make sense for the character (minus the giant yellow color from the 70s), and yet no attempt was made to show any sort of a costume. And the character had long, curly hair and a beard, two things that he doesn't have in the comic. Something that's made the latest Marvel adaptions so successful is their faithfulness to the comic. This is a huge step backwards by throwing away so much of the comic.


I was so excited for this series. I wish they had a better director who knew how to shoot a movie and pace it. I wish better actors had been hired. I wish the script didn't feel like a first draft. I wish Iron Fist had appeared in costume. I wish the fight scenes looked cool and there were more of them. I wish Iron Fist's power would work for more than ten seconds.


Overall, Marvel's Iron Fist had a pretty good story, it just wasn't well told. The script, the acting, the fight scenes, and pretty much everything else felt like a first draft and needed a lot more thought and work. I give it 3 out of 5 remotes and recommend it for hardcore comic fans who'll watch anything with their favorite character in it. It's not a waste of time, but it is disappointing.